We will visit the places where the most dramatic World War II battles in the country took place - from the landing beaches of Salerno and Anzio, the fighting grounds at Monte Cassino, and the America airfields in South east of Italy where the Tuskegee Airmen were stationed, to Rome. The tour is made in cooperation between the World War II Foundation and the International Military History Institute.

Your guides on the tour will be senior military history experts from America and Europe. You will learn about the historical background, while standing on the beaches, in the landscapes and in the towns where the fighting took place.
During the tour the film crew from World War II Foundation will be filming a new documentary on the landing south of Salerno and at Anzio, the battles around Monte Cassino and America Air bases in Italy.

You will have the unique experience to witness two documentary films being shot, narrated by actor Greg Kinnear and country music star Darius Rucker. Both films are to air nationally on American Public Television.

One film focus on the Tuskegee Airmen, African American pilots who fought in World War II. We will be visiting what is left of their bases and the Memorial.

The other film focuses on The 10th Mountain Division who landed in December 1944. They later won the spectacular victory at Riva Ridge in Northern Italy, where US Senator Bob Dole was severely wounded.

The landing at Salerno on 9 September 1943 was the Allies' first, major foothold on the European continent. The invading forces came from North Africa and Sicily. The day before the landing, September 8, Italy's unconditional surrender and withdrawal from the war was announced.

Many in the military forces on the invasion fleet thought the landing would be easy. But
neither the landing nor the subsequent battles were easy. The Germans had foreseen the Italian surrender and were well prepared. Immediately opposite the invasion area south of Salerno stood the battle-accustomed 16th Panzer Division ready, and competent forces were drawn to the area.

The area behind the beaches was a crescent-shaped flat plain surrounded by low mountains, which the Germans occupied with mortars, soldiers, and machine guns. The fighting in the following weeks was hard.

The main target of the invasion was the conquest of Naples' great port. It is located around forty kilometers (25 miles) north of the invasion area and it took almost four weeks before the Allies reached it on October 1st.

We are going to visit a very interesting part of Italy, and our primary topic is the battlefields of World War II. The tour concludes in Rome, where we see traces of battles and events during World War II.

Further, during the tour, we will also visit monuments and sights from a more distant past - Pompeii, The Colosseum and much more - all visits will be guided by true experts. 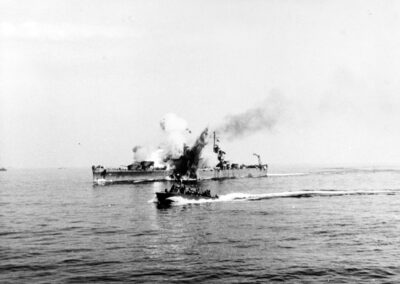 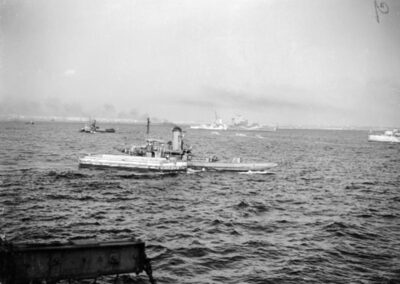 The Allied Landings in Italy September 1943 Reggio Tarant and Salerno 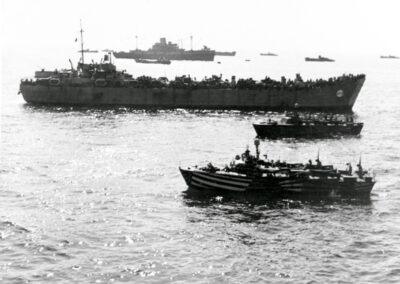 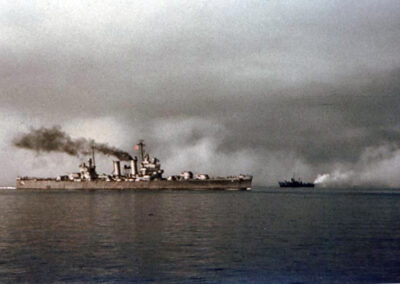 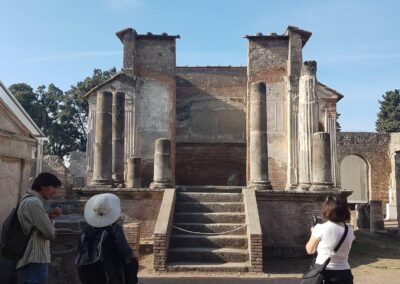 The ruins in Pompeii are one of the world’s most famous sights. The town was buried in ashes in the year 79 following an eruption by the volcano Vesuvius 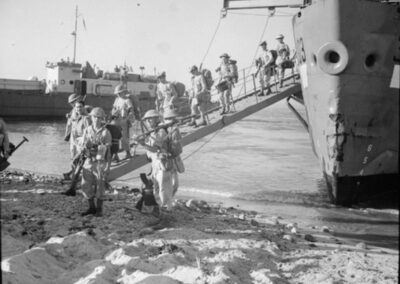 The Allied Landings in Italy Septembe 1943 Reggio Taranto and Salerno 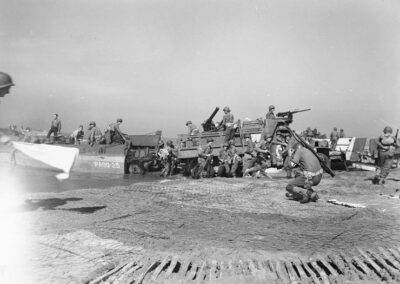 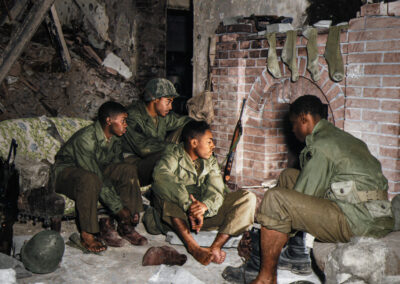 Members of the 92nd Infantry Division Drying Out in a Bomb Shattered House in Viareggio, Italy, 14 February 1944 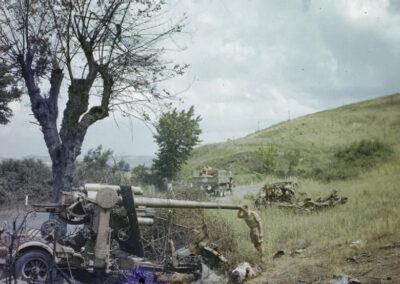 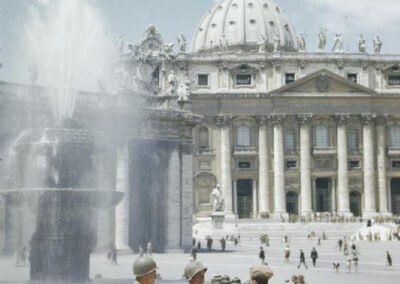 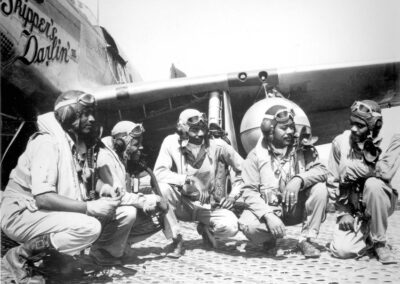 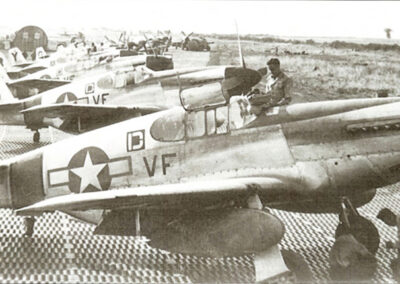 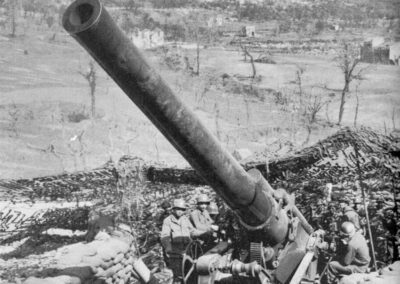 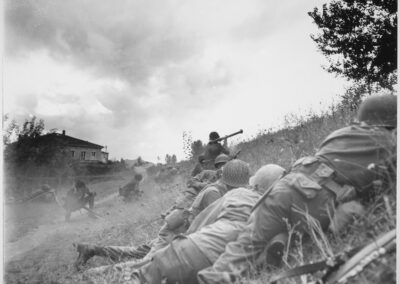 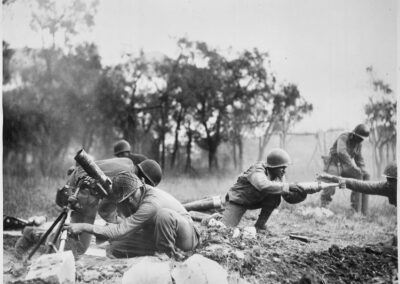 Soldiers of the 92nd Division 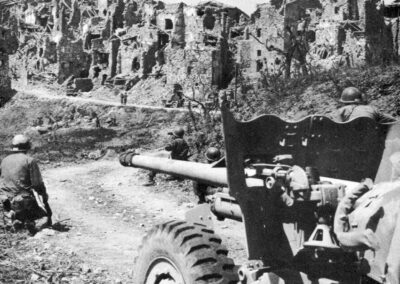 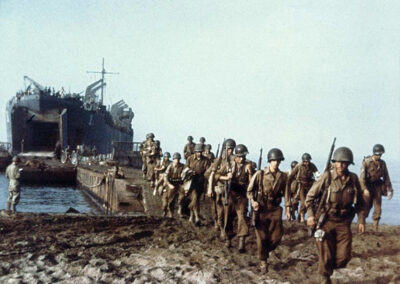 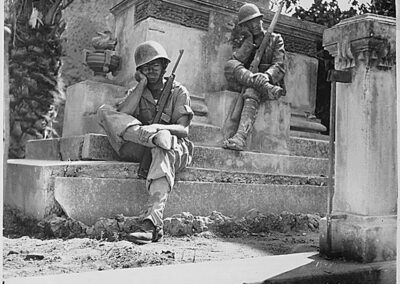 Sergeant Norwood Dorman, Benson, North Carolina, stops to rest at the memorial to the Italian soldier of World War I 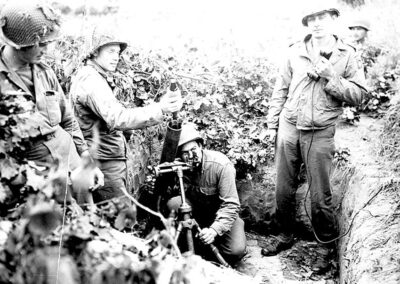 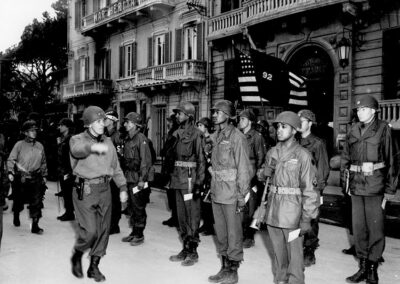 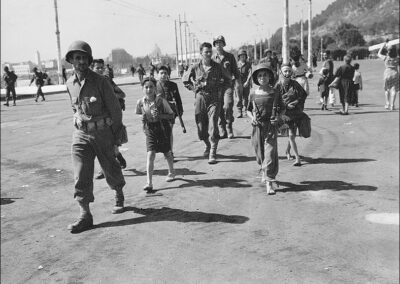 You will see and experience the following:

- Museums and collections
- Traces of battles and events during
- World War II in Rome
- Pompeii
- The Colosseum
- And much more...

"After having traveled with the International Military Institute six times I can only give the company my best recommendations. There is control with everything and everything functions perfectly. The guides are knowledgeable and let their knowledge pass on to the travelers. You know more, when you return home."

"As someone interested in history (especially WWII) it has always been my dream to see and experience key places that have to do with the war. To stand at Omaha Beach where the Allies went ashore in 1944. To stand at Zeppelinfeld in Nuremberg, where the Nuremberg Rally took place. Cultours is definitely a tour operator out of the ordinary. If you want to feel the presence of history, International Military History Institute will in no way disappoint."

”A memorable trip. Enjoyable and I learned a lot. Great companionship. Thanks so much.”

"With an old friend from school I participated in a journey to Normandy in the spring of 2012. The theme was the 1944 invasion in Normandy, France. It was a great experience, a good bus, competent and engaged guide. The hotels and the food were good. Everything came together perfectly. I can only say, that I would travel with International Military History Institute again. I got my money's worth."

"… the most enjoyable, informative and detailed tour I have ever been on. The historians/guides, Torsten Granov and Daniel Martinez, were both extremely knowledgeable about the area and history of both Normandy and Paris. A visitor with little knowledge of the D-Day invasion would gain a wealth of information taking this tour." 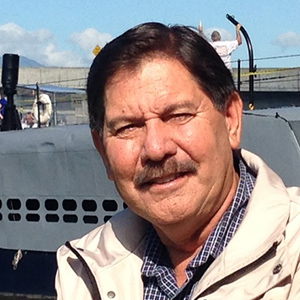 Daniel Martinez is a noted Pacific War and WWII historian. He is a well-known television personality. He hosted 36 episodes of Unsolved History for Discovery Channel. Daniel has also appeared in numerous  documentaries for the History Channel, National Geographic, the Military Channel, CBS, NBC, ABC, CSPAN and PBS. Recently, he led our tour retracing the footsteps of John F. Kennedy up to his assassination in 1963. His background in battlefield interpretation is acknowledged internationally. He has led tours to the fields of Gettysburg, Antietam, Little Big Horn, Pearl Harbor, Iwo Jima, Saipan, Tinian and Midway Island. He has written or contributed to several books and writes for leading publications on military history. 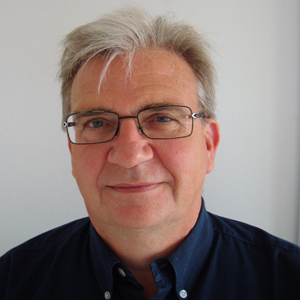 Torsten Granov has written several books and has lectured widely about WWII and Nazi Germany in Denmark, Norway and France. His book D-Day – the prelude, the drama, the aftermath is available in English. He is an expert on WWII and the Invasion of Normandy – D-day. He has visited a great number of WWI and WWII battlefields as an expert guide on military history tours.

Read more about how we operate here

The invasion area in Italy 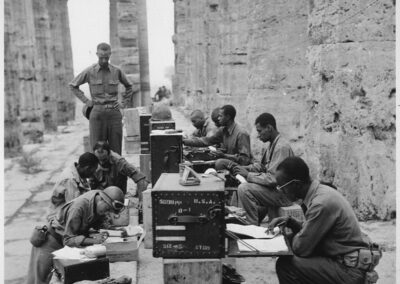 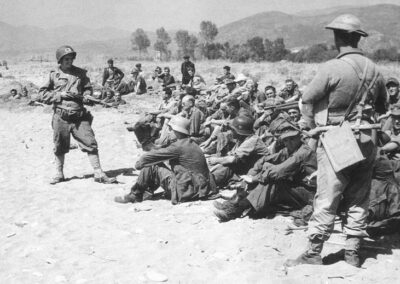 The Allied Landings in Italy Septembe 1943 Reggio Taranto and Salerno

THE TOUR TO ITALY DAY-BY-DAY

Arrival in Rome, pick up and private bus to Salerno. Along the way, an introduction to the tour, the themes of World War II in general and the role of Italy and the significance of the Invasion at Salerno, the battles around Monte Cassino and the Invasion at Anzio. We will spend the night around Salerno, and have a welcome dinner at a local restaurant.

We visit the invasion beaches south of Salerno, where The US 36th Division, The Texas Division landed on September 9th at 3.30 am in 1943. We see the beaches and the places where there are still traces of the battles that took place between the temples from antiquity. We drive further inland, and see where the fighting took place, among other places, around the city of Eboli.

We return to the Salerno area, to a small seaside town, where American Rangers went ashore to take command of an important mountain pass on the road to Naples.

Departure towards Naples, on the way we will stop and visit the ruins in Pompeji. This is one of the world's most famous sights. The town was buried in ashes in the year 79 following an eruption by the volcano Vesuvius. This preserved a great deal of the town under many meters of ashes.

Excavations have been made during the last 200 years and have revealed a busy town from the roman Empire, a truly unique place in the world. After visiting Pompeii we proceed to Herculaneum, then visit the volcano, Vesuv, before driving to Naples.

Napels was taken on October 1th by the Allied forces landed at Salerno. It became the most important harbor for American supplies for the forces in Italy. It was here The 10th Mountain Division landed in December 1944. They later won a most spectacular victory at Riva Ridge in Northern Italy. US Senator Bob Dole was severely wounded during the fighting.

We spend the morning visiting the world famous museum with the most spectacular findings from Pompeii. Following lunch we go on a tour of Naples, where we see the old piazzas, the palaces, churches and visit the underground caves from the roman times that also served as shelters during World War II.

In the morning we depart for Monte Cassino, the most famous Italian battlefield from World War II. Heavy fighting took place around the medieval monastery, which was totally destroyed.

The Germans managed to stop the allies advance towards the north and Rome for months. We will see the rebuilt monastery, the battlefields, the monuments and the cemeteries. We will spend the night in Monte Cassino.

We spend the morning on the battlefields of Monte Cassino before we pass the Italian peninsula, driving to the east coast, where we will find the airfield at Ramatelli, home of the 332nd Fighter Group “Tuskegee Airmen”, the elite all African American Fighting Group. Only few things are left from these once busy airfields and bases. We will visit them and the Memorial.

We pass through the Apennine Mountains and continue west until we reach Anzio. We visit the landing beaches at Anzio. As the advance to the north was stopped at Monte Cassino the landing behind the German lines at Anzio was an attempt to get out of the stalemate. The landing took place between January 30th and February 1st 1944.

Initially surprised, the Germans quickly counter-attacked and after heavy fighting the allies barely managed to keep the bridgehead until the breakout at the end of May. After visits to battlefields, beaches and sights we proceed to Rome.

We will visit sites from World War II, but there will also be time to see the traditional  sites. Colosseum, The Vatican, Pantheon and the charming old working class neighborhood, Trastevere where we will have dinner in a fun traditional restaurant serving Roman classics.

Following breakfast, we visit the site where Italian partisans killed more than 20 German SS policemen, and we visit the cave where the German revenge took place: The murder of over 300 Italian civilian by a shot to the head. In the afternoon there will be time to explore the city further. In the evening we will enjoy a festive farewell dinner.

Transfer from the hotel to the airport.

We would be pleased to organize extended stays for those who wish to stay longer - in either Rome, or other parts of Italy or Europe

HOTELS: We will be staying at smaller four-five star boutique style hotels and properties throughout the journey. We prioritize central locations, and local experiences.

MEALS: We will be eating in the area's best local restaurants, making sure that the meals are also an experience in their own right.